In 1861 our country was divided.  Divided over the rights of our citizens (slavery) and divided over the philosophical differences of two segments of our country, each segment having distinct beliefs and views that conflicted with the other.  The American Civil War lasted 4 years and at the cost of over 620,000 lives not to mention the cost of rebuilding the southern states for over 20 years.

Sound familiar?  Today it is not the North vs the South, or those that were opposed to slavery vs those that depended upon slavery in order to maintain their wealth.  Today it is the Republicans (Conservative Views) vs the Democrats (Liberal Views) and make no mistake this civil divide is just as intense and devastating to the peaceful future we all deserve as the civil war was over 150 years ago.  Worse yet is our civil divide today is not based upon geographical locations, where 384 individual battles took place, that defined and resulted in the deathly impact of the conflict on our nation.  Today’s battle takes place not only on the streets of every city across the country, it takes place in our homes, work places and even places of worship.  Our public officials are even protested, verbally accosted, while attempting to relax and eat dinner at their local restaurants.

And through social media and main stream media, the battle is refueled daily and continues to go on.  I can’t remember in over 40 years of Presidential elections where after the election was over that Americans did not come together in peace and in acceptance of the outcome of the Presidential election.  And mark my words, Wayne’s Take, this battle is NOT simply a dispute over President Trump.  The President is being attacked by those with wealth and an agenda that is well hidden.  Their agenda is NOT to make America Great Again, it is to continue to make their families the real power base over hundreds of millions of people by controlling our lives in such a way that WE are enslaved to their purpose and their mission for decades to come.

Wake up America…. this civil war must end.   Conflict (disagreement) is part of the human condition for sure, yet hatred is not a necessary part of our lives.  Peace, Love and Forgiveness are the elements that allow us all to live together in a world we desire and deserve.   As I watch Fox News (Pro-Trump) and CNN (Anti-Trump) and CSpan, I can clearly see and hear “with eyes and ears” the hidden agendas being played out by those we have elected or those hired in an attempt to re-direct our attention away from the opportunity we have before us to bring our Country around and set the stage for the future prosperity of our children and grand-children.   Republicans are not the problem.  Democrats are not the problem.  Our thoughts and actions represent the problem we face, when such thoughts and actions are not in line with peaceful resolution of conflict, open dialog towards the future of our country as a whole and not simply serving a small elite group of families that have orchestrated the direction of our country over the past 100 years.  This is not a conspiracy theory …. just reality and as a 30 year veteran of the investigative and criminal justice system, working with government agencies and Fortune 100 financial giants, I have been given a unique opportunity to witness the inside story. 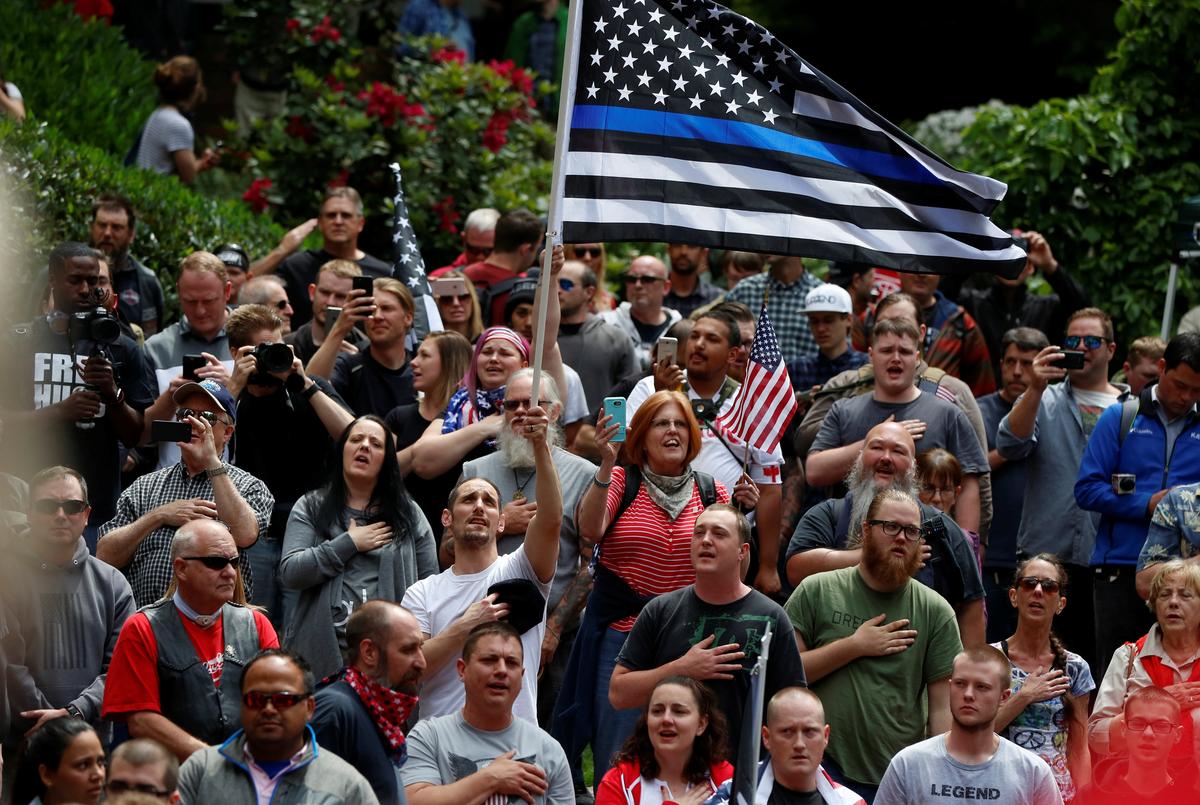 Trump is playing the media and doing quite well at it.  The media is playing the America people and have excelled at this for decades.  No matter what our President wants to do, the Democrats will oppose it and vote against it. Why?  Simply this… POWER!  The do not have it and they want it back. Their loyalty is not to you or I.  It is to themselves.   And the Republicans in congress are the same, they stand in power today and they want to keep it.  However, today the political game has a new card in the deck.  It’s the Trump card.   And this card does not support any political side, it uses the Republican side as a front in order to get its agenda passed because Republicans represent the majority in power.   So this is where OUR focus should be today.   We should come together and vote, support, debate (never physically fight or attack the rights of others) over the issues that are of real concern to us and our families.

These issues are… our homeless.  Our veterans.  Our healthcare. Our children.  This is where we debate against child abuse and we support their education.

Yes… these are just my thoughts as I watch this theatrical performance play out in the halls of congress, town halls and rallies across the country and as the politicians stand before the cameras and read their well scripted lines designed to lift up their voices and authority to all that will lend an ear.

It does not matter what the current administration achieves during these 4 years… it will be 4 years of a civil war environment if WE THE PEOPLE do not put an end to it.   North Korea peace treaty …. a win for the Administration.  The Economy… a win for the Administration.  Tax Reform a win.  Low unemployment a win.  Yet the main stream media, the Democrats and those with something to loose if Trump wins, will continue to redirect our attention to yet another crisis that they claim Trump is responsible for.  The purpose is simply to have us take our eyes off the cards on the table which reflect America is winning again.

Please for the sake of our children and our children’s children…. open your hearts, your mind and use your eyes and ears when doing so in order to perceive the reality around us.  Do not be lead by those that would deceive you for their benefit, but rather be lead by faith, hope and love.  God bless.

Class-Action Cases are Growing
Let us never judge others…